In the United States, we live in a capitalist society. Capitalism refers to the political and economic structure based on private ownership of the means of production and their operation for profit. Many capitalists believe that over time capitalistic investments can raise wages and dramatically improve the lifestyles of the working class. It is also commonly said that the economic competitiveness created by capitalism can have a beneficial effect on business and have a positive impact on society.

However, one consequence of capitalism can be extreme income inequality and the monopolization of wealth production. This leads to unfortunate circumstances including poverty and homelessness. One of the most common criticisms of capitalism is its inability to provide adequate and affordable housing for the individuals producing society’s wealth (i.e. the working class). Many argue that this is because capitalism inherently places profit above human needs, and treats the basic need for adequate housing as a private commodity to be sold for a profit. As a result, wealthy capitalist countries have larger homeless populations, compared with other developed nations. The largest capitalist countries, The United States, Canada, Germany and the United Kingdom have homeless rates of 0.17%, 0.36%, 0.37%, and 0.46%, as calculated in relation to their population density, more information here.

As of 2018 United States, there are over 17 million vacant homes according to the US Census report here, with about 552,830 individuals experiencing homelessness on any given night, according to this report. This results in a shocking 30 empty housing units per homeless person. It’s important to note that the data is from the U.S Department of Housing and Urban Development (HUD) captured through what’s known as the Point-in-Time (PIT) count which has received rightful criticism of being an under-count that fails to capture an accurate account of people experiencing homelessness, learn more here.

In Portland,  the scope of homelessness has only recently been accurately portrayed in Portland State University’s Homelessness Research and Action Collaborative Report that found 38,000 people had experienced homelessness at one point in 2017, over 100,000 more people are living in the margins across the metro region, that report is here. Important to note, this is not Portland specific – nationally, 40% of Americans cannot afford a $400 emergency noted in the Federal Reserve Report here. Overall, homelessness is persisting because wages do not cover rent, cost based health care is a barrier, and the lack of affordable housing, though progress is being made through the 2018 Housing Bond Measure, more shared here.

At JOIN, we provide homeless and housing services to individuals and families experiencing homelessness in Portland, Oregon. We have a variety of programs, including those that provide permanent supportive housing services. Permanent supportive housing has been proven to lower public costs, and improve overall health in the community. If you’d like to learn more, or help us continue working to end homelessness, click here. 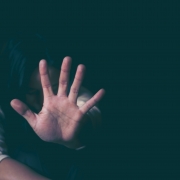 Home is where love lives.